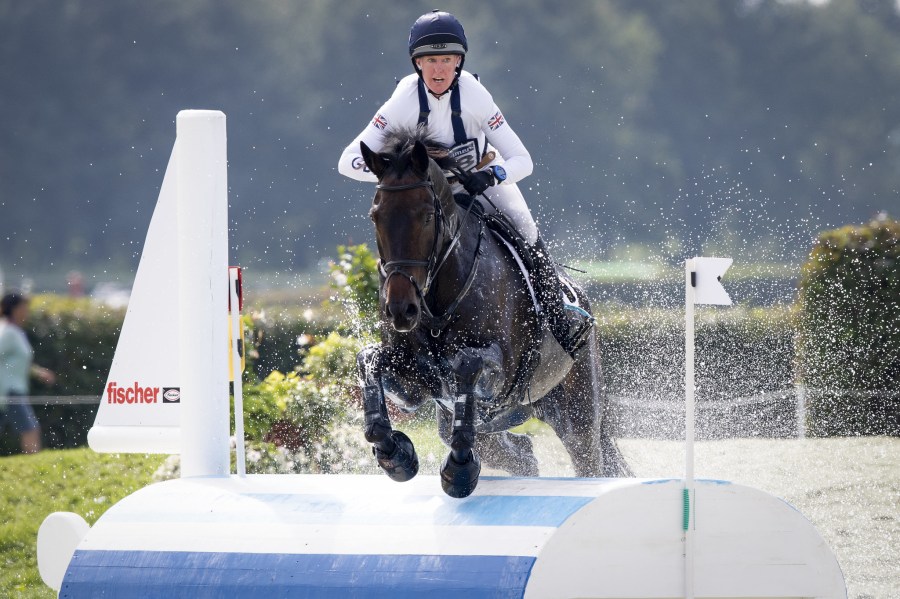 Team Great Britain lead both the team and individual standings after an electrifying day of cross-country action at the FEI Eventing European Championships 2021 in Avenches, Switzerland today.

Germany has held on to the silver medal position ahead of tomorrow’s final showjumping phase, while France is in bronze.

A stand-out round from the on-form Nicola Wilson and JL Dublin sees them climb into the top spot on the individual leaderboard. This is a rise of two places for the British pair, who occupied third place after dressage.

Nicola is a fraction ahead of Germany’s reigning two-time European champion Ingrid Klimke, who lost her grip on individual pole position when collecting 1.2 time faults with the great SAP Hale Bob OLD.

Ros Canter and her 2018 World Equestrian Games gold medal winner Allstar B, who were lying second when they left the cross-country startbox, plummeted to 54th when they had run-outs at two arrowheads on course.

France’s Maxime Livio moved up one place to individual bronze after an epic round from the grey Api du Libaire. The duo’s round was particularly important for the French team after Gwendolen Fer was eliminated for a fall from Romantic Love.

Britain has five of its all-female squad inside the top 10. Team members Piggy March (Brookfield Inocent) and Kitty King (Vendredi Biats) lie fourth and seventh individually, while Sarah Bullimore (Corouet) and Izzy Taylor (Monkeying Around) — both running as individuals only — occupy fifth and tenth place.

Tight at the top

Less than a fence — each knockdown incurs four-penalties — separate the top seven tomorrow, which means it is all to play for at the top.

In the team standings, 9.3 penalties separates Britain from Germany. The latter nation has an 18.4-penalty lead over France.

Get your copy of the latest issue