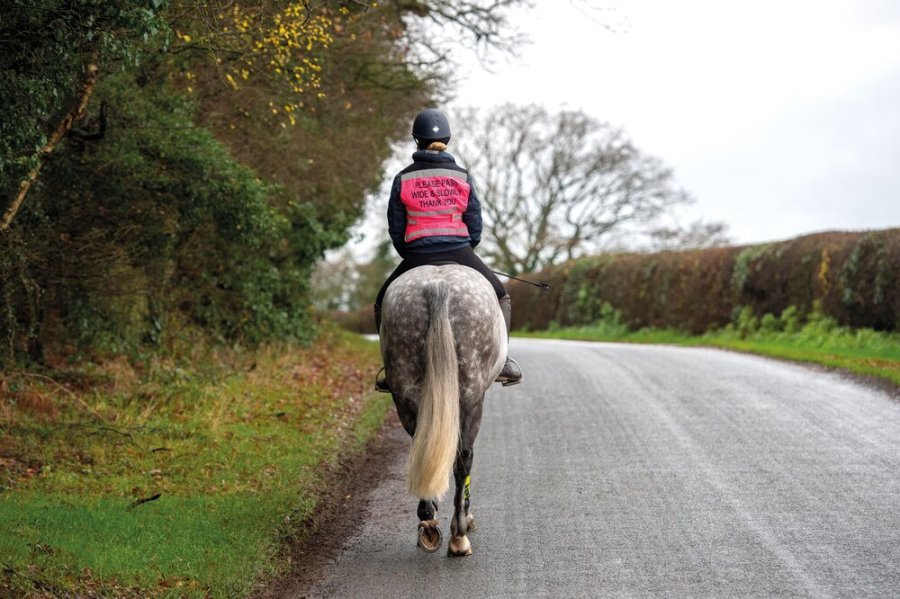 Equestrians and their horses are being subjected to “shocking” levels of stress and risk according to a new study that was funded by the Department for Transport (DfT) and commissioned by The British Horse Society (BHS).

The survey, involving over 7,000 participants, revealed that  only three percent of equestrians said they never felt stressed or anxious when using roads, while 43 percent did so more than half the time.

The main contributors to this stress or anxiety were considered to be the behaviour of other road users, 93 percent, and the characteristics of the road, 62 percent.

Riding, carriage driving and in-hand activities on roads were considered considerably more high-risk in relation to all other activities; including eventing or cross-country which was considered more of a moderate, rather than high-risk activity.

The majority of those surveyed, 98 percent, reported using safety measures such as wearing high visibility clothing and riding helmets when using roads. However, only 22 percent said they used a camera.

Seventy eight percent of equestrians said they had experienced an incident while using roads with their horse, the majority experiencing more than 10, that they did not officially report, with only 31 percent having previously reported to the police and/or the BHS.

Meanwhile 322 equestrians, four and a half percent, said they had been involved in a road incident in the previous year that resulted in injury to either a person or an animal. The majority of these incidents, 59 percent, occurred when they were riding or handling a horse as opposed to using other forms of transport such as driving, walking, cycling or riding a motorbike.

“The worry that equestrians face is not only affecting their enjoyment but it is also negatively impacting the amount of exercise horses and their riders and handlers are getting,” said a BHS spokesman.

“The majority of equestrians agreed that exercise was important to maintain their horse’s mental and physical health. Most felt they could not exercise their horse adequately without using roads.”

Sixty percent felt that having to use or cross certain roads limited their ability to exercise with their horses and between sixty and seventy percent thought they would exercise their horses more frequently and cover greater distances if they felt safer when using roads.

The study was conducted by Dr Dee Pollard and involved four elements of research: a review of existing DfT and BHS data, a survey among 6,000 equestrians from 2020 looking at how frequently equestrians used roads and off-road routes, focus groups and interviews, and a second survey in the summer of 2021, which generated 7,124 responses.

The ages of participants in this year’s survey ranged from 18 to 97, with an average of 35 years’ equine experience.

“This study has unearthed a number of truly shocking statistics and facts which will hopefully now drive action,” said BHS Director of Safety, Alan Hiscox. “Specifically, the extent of under-reporting needs to be addressed as soon as possible.

“We also need more innovation around safety, an increase in the use of cameras, and improvements to highways’ and motoring policies like reduced speed limits, warning signs, more non-slip road surfaces and Highway Code amendments.

“We also need more safe places to cross and improved off-road riding facilities. And, ultimately, we need behavioural change from anyone currently using the roads who is not following best practice around safety and consideration for other road users.”