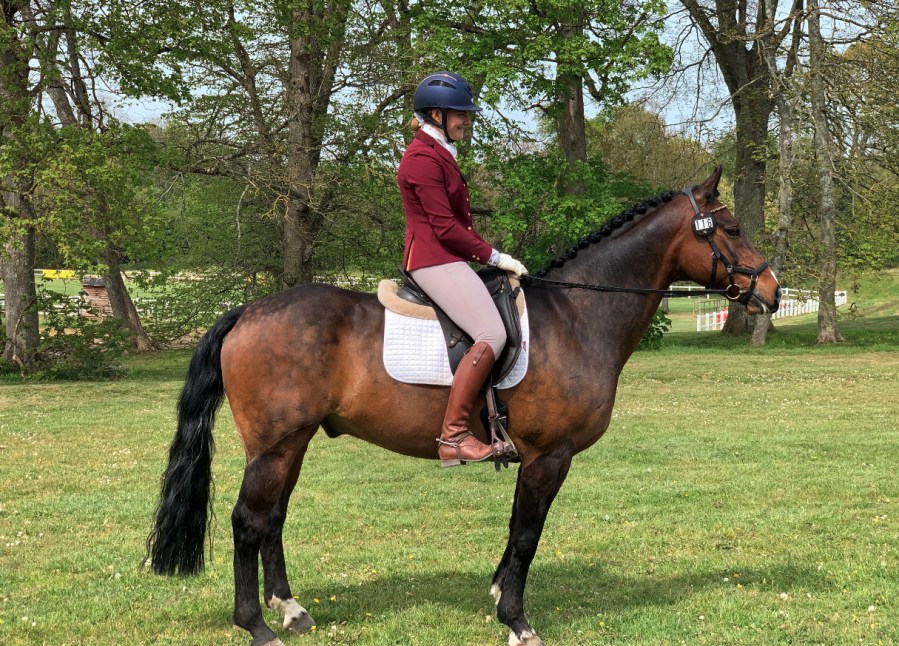 An autistic rider with severe anxiety has credited her Irish Sport Horse with changing her life. Eleanor Halton was given Master Midget (Mac) on loan last September and they quickly progressed up the unaffiliated dressage ranks to novice level — winning all of their eight classes. The duo have since joined British Dressage (BD). The rider said Mac has given her “a purpose and confidence she never knew she had” and when she is with her horse she “feels like she can take on the world”.

“The main and most important thing to me is having the connection and interaction with horses. They are just so insightful and I feel I can talk to Mac about anything — they seem to understand,” said Eleanor.

“I think horses, more than other animals, get a sense of how we are feeling. I live on Dartmoor and so spend many an hour hacking along talking to Mac, telling him about my thoughts and problems. I would really struggle without having him in my life for those reasons.”

Surgery for a tendon injury

Mac, by Master Imp, sustained a tendon injury two years ago and underwent surgery. Then aged 16, it was a significant risk for the ageing gelding and his recovery process was long and hard.

He came through the surgery well and after a lengthy period of box rest, he progressed to daily walks in-hand daily before walking out under saddle. Many more months of careful management and rehabilitation later, Mac is now back in full work aged 18.

“Mac is so special; he really loves being ridden and he has a fantastic work ethic,” said Eleanor. “When I take him to competitions, he sharpens up a bit and grows a hand. I really do think he thinks it’s his world and we are just living in it!”

When Eleanor got Mac on loan post-surgery, she decided to try dressage with him as his jumping days were over. The horse was weak and stiff initially, and it took six months of challenging work to get him where he needed to be.

“”His BD record is flawless; I’m so proud of him,” added Eleanor. “We are hoping to start competing at elementary in the next month or so — it’s time to step up.”

Eleanor also gave her thanks to Erme Valley Riding for the Disabled (RDA), for whom she has competed at the RDA National Championships, for their support.

“Esme Valley RDA has played a huge part in my riding career since I was 17, volunteering and helping out,” said the rider. “They’ve really supported me throughout the years and I couldn’t be more thankful to them.”