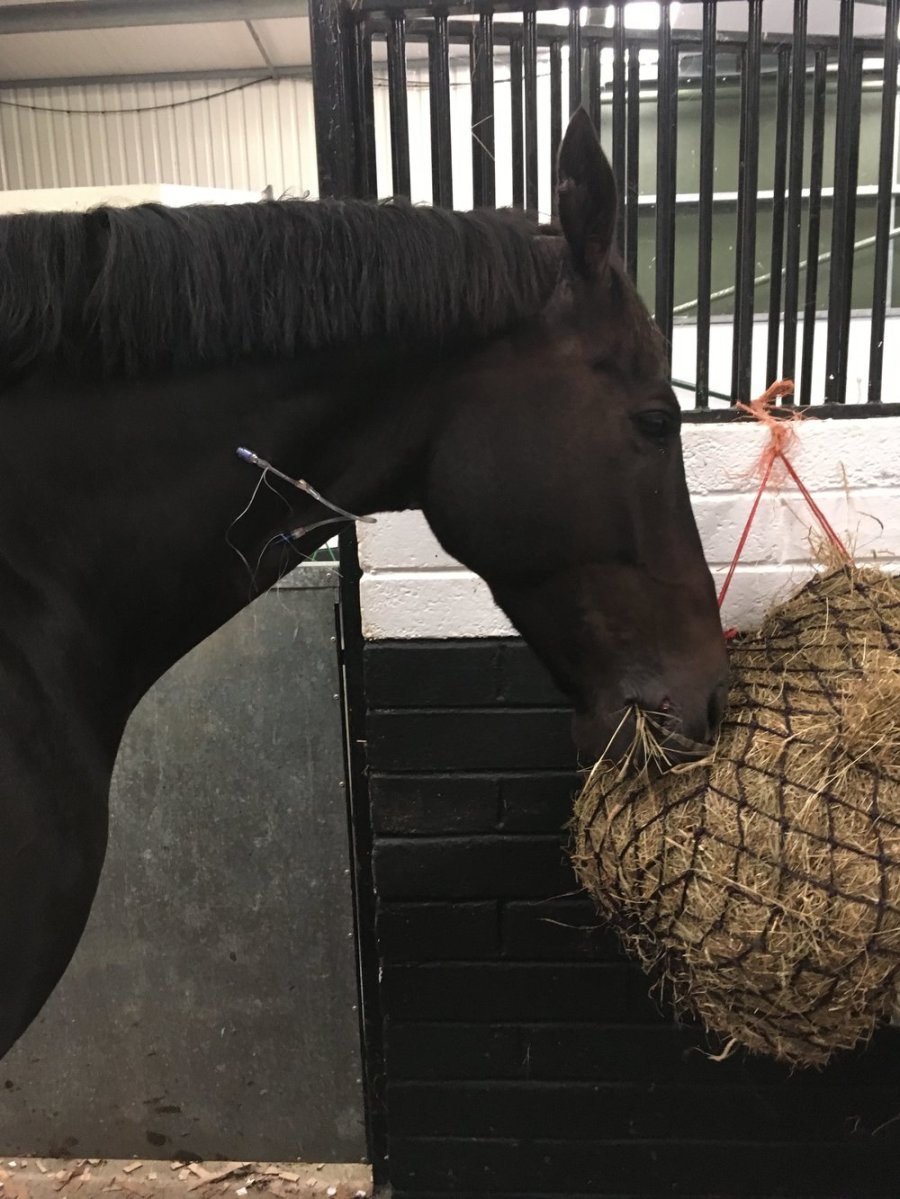 One of my patients is Bart, a 12-year old TB gelding. He has multiple sarcoids that cause little concern, but recently he developed a sarcoid in the side of his wither that was rubbing on his saddle and causing discomfort.

We brought Bart in for treatment to remove the sarcoid and, under standing sedation and with local anaesthetic, the sarcoid was removed using a diode laser in less than five minutes.

Bart was soon back in his stable eating hay, and the surgical site healed without any problems over approximately six weeks.

Bart was back in gentle work four weeks after surgery and is much more comfortable without the irritating sarcoid rubbing on his saddle!

Sarcoids are a common skin tumour affecting horses, ponies and donkeys, with geldings more likely to be affected.

They can occur anywhere on the skin, but more commonly in thin-skinned areas including the face, groin and sheath.

Sarcoids are very variable in size and appearance, behaviour and in how they respond to treatment. This variability makes the treatment of sarcoids a challenge to owners and vets.

While sarcoids may be locally aggressive, they do not metastasize to other parts of the body.
There are many reasons that vets and owners may choose to treat sarcoids, including rubbing on tack or rugs and making management and exercise difficult. Flies are also attracted to sarcoids, making horses uncomfortable, and sarcoids may decrease the value of a horse, or make them unsaleable. 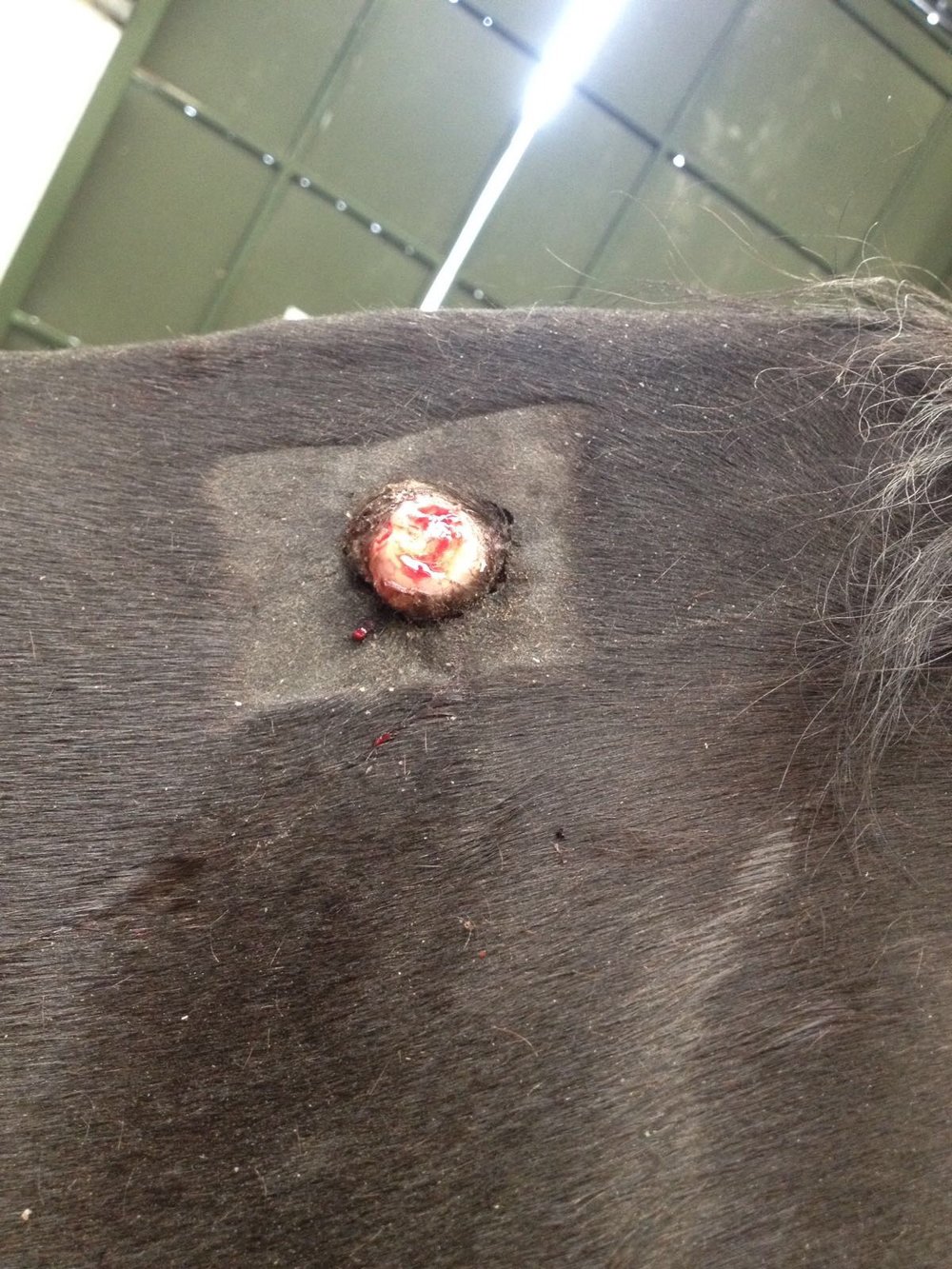 Each horse may have multiple types of sarcoid present at the same time, which can complicate their treatment.

The variability of sarcoid types and behaviour has resulted in a variety of treatment options including ligation, cryotherapy, chemotherapy (Liverpool University Cream), Immunotherapy, Radiotherapy and Surgical Laser removal.

Often multiple treatment approaches may be required for a single horse to reduce to risk of recurrence. 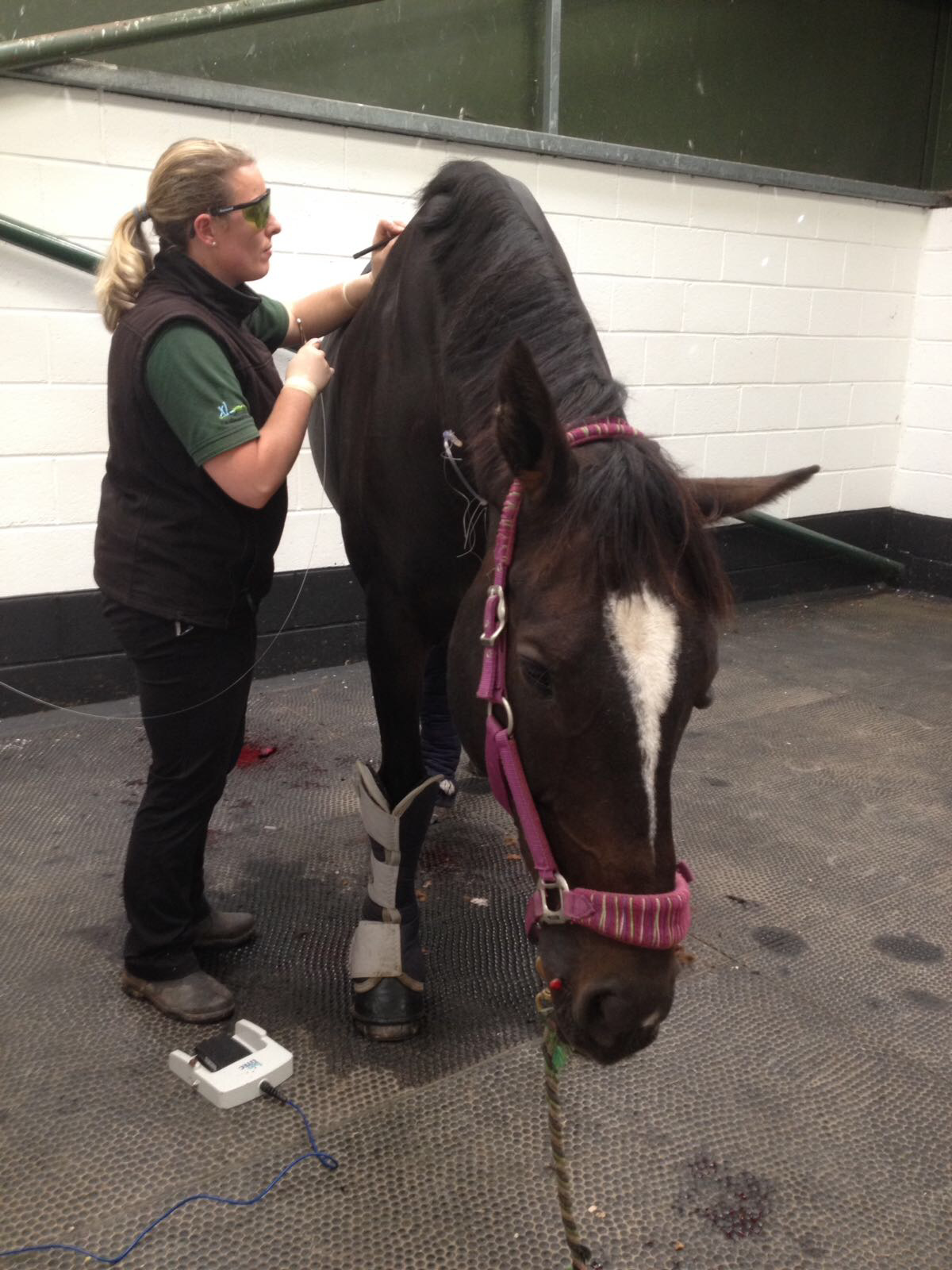 What is laser surgery?

LASER is the acronym for Light Amplification by Stimulated Emission of Radiation. A laser generates an intense beam of light that can be used to cut, seal or vaporise tissue.

The benefits of laser surgery over traditional sharp surgical techniques include

Faster recovery, resulting from the combination of reduced bleeding, pain, inflammation and infection risk
By far the most common use of laser surgery in the horse is to remove skin tumours such as sarcoids.

During surgery, the skin tumour is removed, leaving a wide skin border to minimise the risk of regrowth.

Often with laser surgery, wounds are not sutured closed; this is in part due to the large size of some tumours, where closing the skin would pull the wound edges too tight.

Although these wounds can at first sight seem intimidating, due to their size and number following sarcoid removal, they usually heal rapidly with few complications.

Laser removal is associated with minimal pain, swelling and inflammation and reduction in postoperative infection.

As such, we expect the majority of our patients to make a fast and uneventful recovery, enabling a swift return to work.

For lesions on the face, the inside of the legs, belly and body, many patients only require a few weeks rest in a paddock before restarting work.

For lesions in the axilla (armpit) or other high movement areas, patients will require more strict confinement to maximise the rate of healing.

Where the wounds interfere with tack, return to work may be delayed until complete healing has taken place.