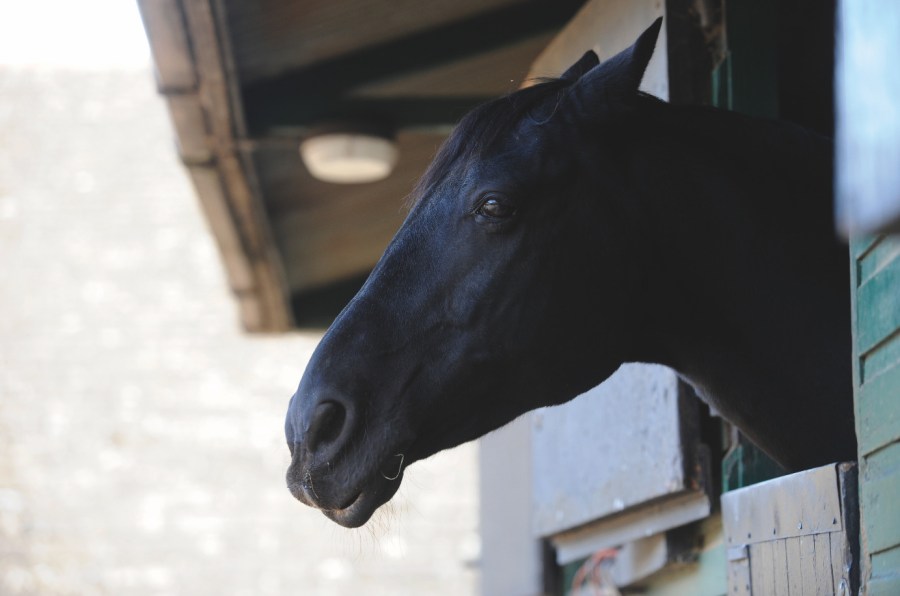 New research has made promising headway in the development of a non-invasive means of diagnosing gastric ulcers and colic in horses. The research involved testing saliva and serum for biomarkers, which are substances that indicate disease.

The study looked at identifying squamous ulcers (ESGD), glandular ulcers (EGGD) and colic of intestinal aetiology (CIE). Previous research had already established relationships between these diseases and changes in oxidative status (the amount of oxidants and antioxidants), but only in blood.

The study involved a total of 59 horses: 23 horses who had gastric ulcers, 22 had suffered with colic and 14 healthy horses who acted as the control population.

A quick way to test

Saliva samples were collected by putting a small sponge in the horse’s mouth towards the side of the cheeks and allowing them to chew until it was soaked with saliva, which took about one minute.

Changes in saliva biomarkers were observed in horses with glandular ulcers, but not squamous ulcers.

Horses with colic were also found to have changes in their biomarkers in serum, but not in saliva.

A crucial piece of research

All three are diseases which greatly impact the equine population. It is believed up to 60% of leisure horses, and over 80% of racehorses and performance horses, suffer from gastric ulcers.

Currently, the only way to diagnose ulcers is through gastroscopy, which is highly invasive and requires the horse to be starved for up to 16 hours beforehand.

Colic is one of the greatest causes of deaths of horses, and early diagnosis is key to improving the chances of a successful outcome.

The study, titled ‘Changes in oxidative status biomarkers in saliva and serum in the equine gastric ulcer syndrome and colic of intestinal aetiology: a pilot study’ was published in the journal Animals. To read the full paper, click here.