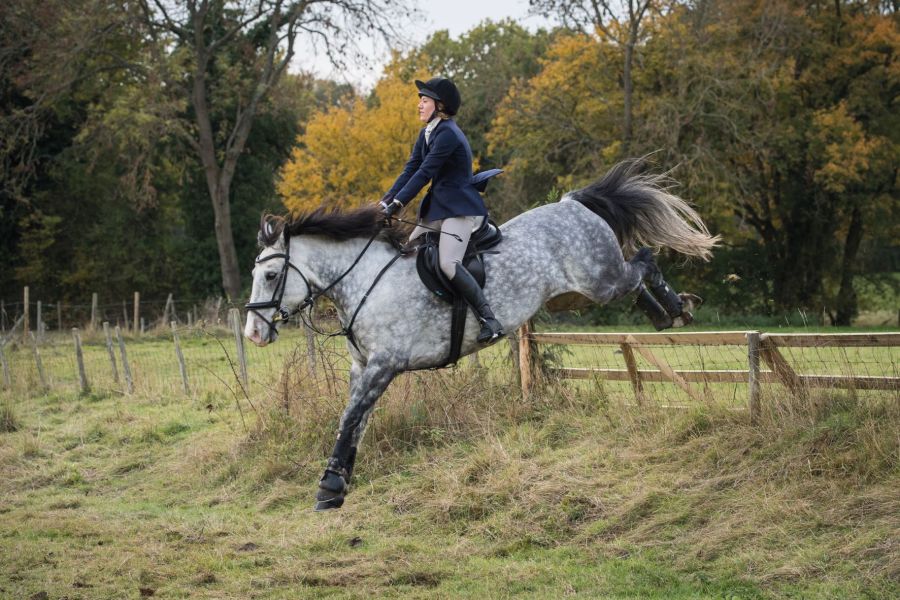 Confidence is precious. It takes years to grow, but can be shattered in a second. Confidence crises are common among horse riders — so if you’re lacking confidence at the moment, don’t worry, you’re not the only one. The good news is that it can and will get better, writes Emily Bevan.

Hannah Bridges lost her confidence after falling from a bolting horse out hacking.

“I was hacking a horse alone when it bolted down a narrow bridleway, edged with barbed wire. I was found unconscious in the road on to which the bridleway emerged; when I came around, I had no idea of my name or where I lived,” recounts Hannah.

Hannah bought Louie, a six-year-old Connemara, to help regain her confidence, but for the first four months she would ride only in a school. With the support of some liveries at her yard she started hacking in company, and then hacking on her own, with the initial goal of going 50m down the road.

Hannah enlisted the help of a sport psychologist and also discovered the concept of safety bubbles through a confidence-building webinar.

“At first, I realised my safety bubble was only as big as me. With the right amount of encouragement and tough love, I grew that bubble to include my horse, the school, the farm and then shows, beach rides and cross-country,” adds Hannah.

“I used to feel sick driving to the yard if I knew it was a hacking day, but I knew I had to push my boundaries to rebuild my confidence. It was really important to me to be able to hack alone; I couldn’t see how my horse and I would ever do a cross-country event if we always wanted to hide behind someone else.”

Hannah recommends keeping a diary to track your progress.

“Having a record of how far I’d come really boosted my confidence, especially on days when I felt I wasn’t making any improvement,” says Hannah, who is now confidently competing at BE80(T) level with Louie.

It can take a long time to overcome a knock in confidence. But when you’ve been in an accident, it can be even trickier, particularly if the incident was outside of your control. It can leave you constantly vigilant and analysing for risks, or trigger unsettling flashbacks. This can both mentally and physically exhausting, but it is possible to regain your confidence after an accident.

Kate Rosten, was diagnosed with PTSD after she and her horse Liffey were hit by a car while out hacking in 2007.

“The sun was low in the sky and the driver didn’t see us. His wing mirror clipped Liffey, I fell off and she galloped off on three legs with a massive wound on her hindquarters,” recalls Kate.

Liffey’s cut required 12 internal and 34 external stitches, but she made a full recovery. Unbelievably, three years later the pair were again hit by a car while out hacking, but fortunately the injuries were less serious.

“After the first incident I would lie in bed at night thinking about it and suffering from flashbacks. I didn’t know who to turn to as mental health wasn’t so prominent then, so I just forced myself to keep going. I would feel sick the night before I had planned to go for a hack,” confesses Kate.

“These days I’m very careful when I’m hacking and prefer to hack in company,” she continues. “I will hack on my own if I have to but I’m not confident doing that and I don’t enjoy it; I used to love disappearing off for a couple of hours hacking solo, but I don’t do that anymore. I find it unfair that I’ve had that enjoyment taken away through no fault of my own.”