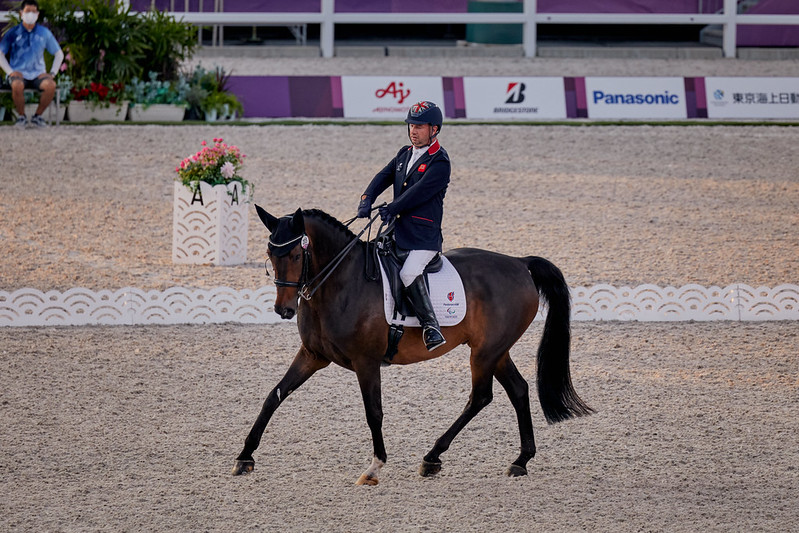 This was only the second time such a title has been awarded to an individual, and Lee joins Carl Hester who was received the honour in 2016.

Lee has won over 40 championship medals, team gold at six consecutive Paralympics and received a knighthood for services to sport.

“For the second ever honorary patronage to go to a para rider, it’s a great honour and I’m happy to be recognised this way,” said Lee upon receiving his award.

“To be recognised by your own sport is lovely – sometimes it almost feels like we get more recognition outside, particularly as a ‘Paralympian’.

“But to be reminded how you’re appreciated in your sport is really nice and this isn’t just for me, it’s acknowledgement for para dressage, and those who’ve supported me along the way.

“Now I’m part of the family, I can cause even more trouble!” he joked.

Lee was presented with the award by Chief Executive Jason Brautigam at BD’s National Convention (6-7 November) at Hartpury.

He was joined by his parents, David and Linda Pearson, his teenage foster son and some of the key support team who’ve been behind his extensive career.

“Lee is a pioneer, a barrier breaker, a stereotype challenger, a role model,” added a BD spokesman.

“His talent as a horseman knows no bounds and he’s an inspiration to many […] it’s little wonder he’s affectionately called the ‘godfather of para dressage’.

“For only a second time, an Honorary Patronage was awarded for outstanding dedication and service. [Lee] joins Carl Hester who was recognised with the honour in 2016 and is a fitting title for the extraordinary contribution made to our sport by this treasured athlete.”