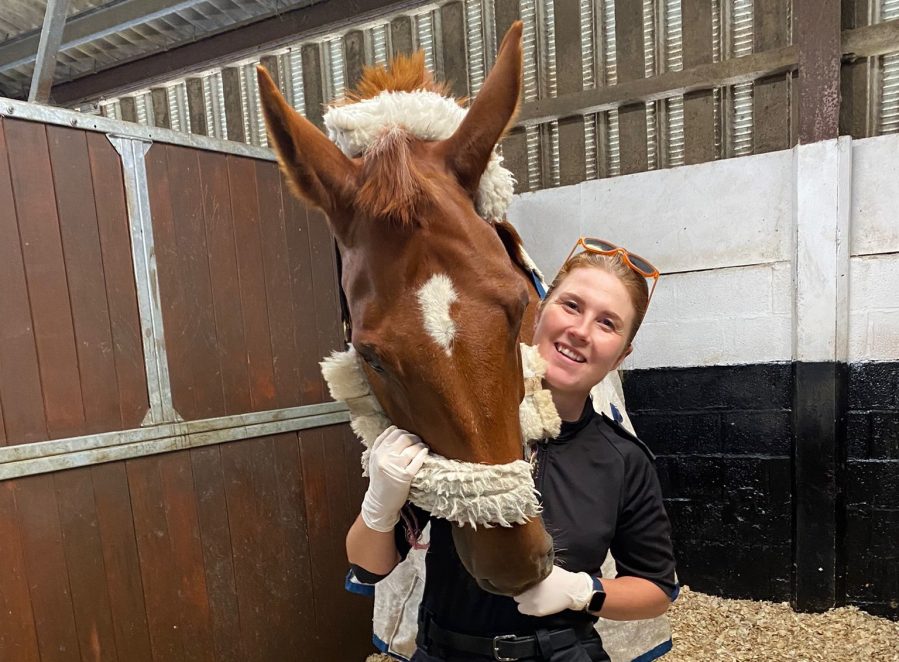 A police horse seriously injured in a road incident is making good progress in equine hospital. Rocky was struck by a vehicle last month (8 July) in Bristol.

“Rocky continues to progress well at hospital,” said a spokesman for Avon and Somerset Police Horses. They added that he was comfortable and letting them know this was the case by being “extra cheeky”.

Rocky’s rider was taken to hospital where he was later discharged, but Rocky has remained in hospital since he was hit by the car, due to the serious nature of his injuries. His companion police horse Platinum and rider were unharmed.

Five-year-old chestnut part-bred Irish draft Rocky does not yet have an official police name. His stable-mate Platinum has since been taken out and is doing well following the incident.

Police are appealing information on the road incident, which occurred just before on Beggar Bush Lane just before 2.30pm on Friday 8 July.

Rocky was struck by a blue Ford Focus. The driver, a man in his 70s, went to hospital with injuries “not believed to be life-threatening or life-changing”, and has since returned home.