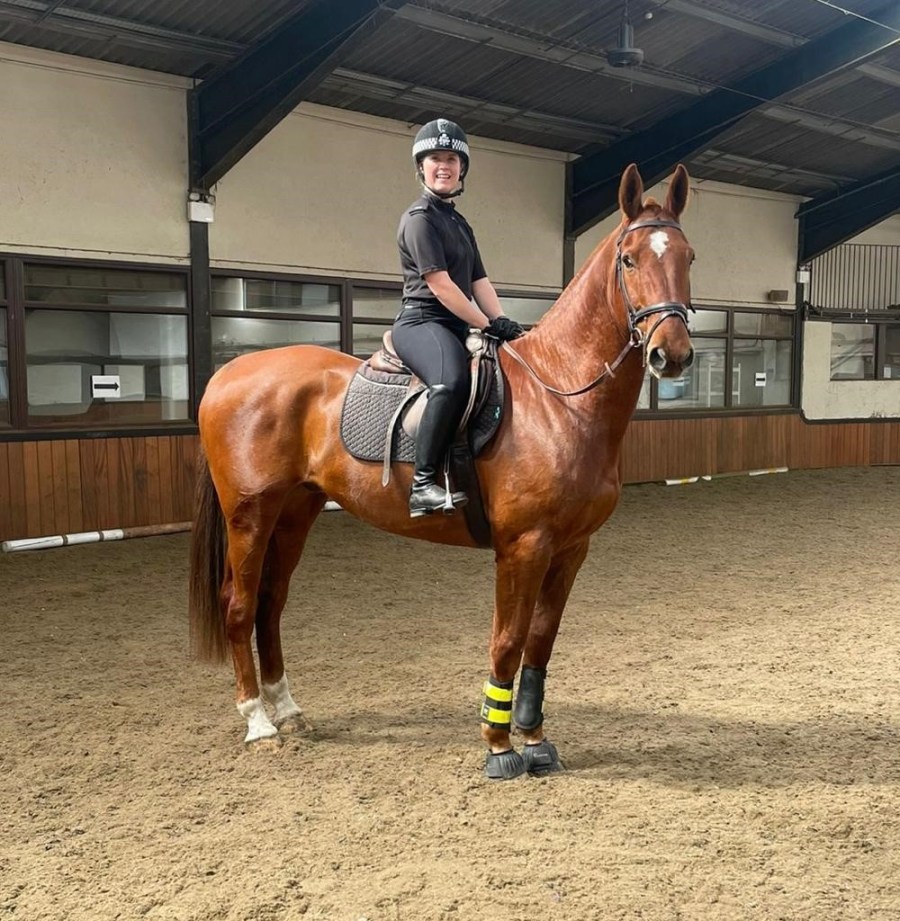 A police horse is receiving treatment for serious injuries at an equine hospital after he was struck by a car in Bristol on Friday (8 July). His rider sustained injuries and was taken to hospital, but has returned home, as has the driver of the vehicle.

Rocky (pictured, top) was on patrol with fellow police horse Platinum when he was struck by a blue Ford Focus on Beggar Bush Lane just before 2.30pm. He and his rider sustained injuries but Platinum and his rider escaped harm.

Rocky had serious injuries and was taken to a specialist equine hospital for treatment. On Sunday they said his condition remained serious but he was stable. A police spokesman told Your Horse that the gelding remained in hospital today (Tuesday, 12 July).

Platinum has enjoyed some downtime and today he went out on patrol locally with his good pal Windsor. Early indications are really good and he seems happy and confident. We will continue to monitor him closely pic.twitter.com/8TqrY7gmha

The five-year-old is a chestnut Irish draft cross and does not yet have an official police name. His stable-mate Platinum, who was with him at the time of the collision, has since been taken out with fellow police horse Windsor and appears to be doing well following the incident.

Officers thanked the public for their well-wishes and said they would continue to update the public on Rocky’s progress when they knew more about his prognosis.

Witnesses of the collision are urged to call 101 quoting reference 5111162409. Beggar Bush Lane was closed while the vehicle was recovered and has since been reopened.

Images by Avon and Somerset Police