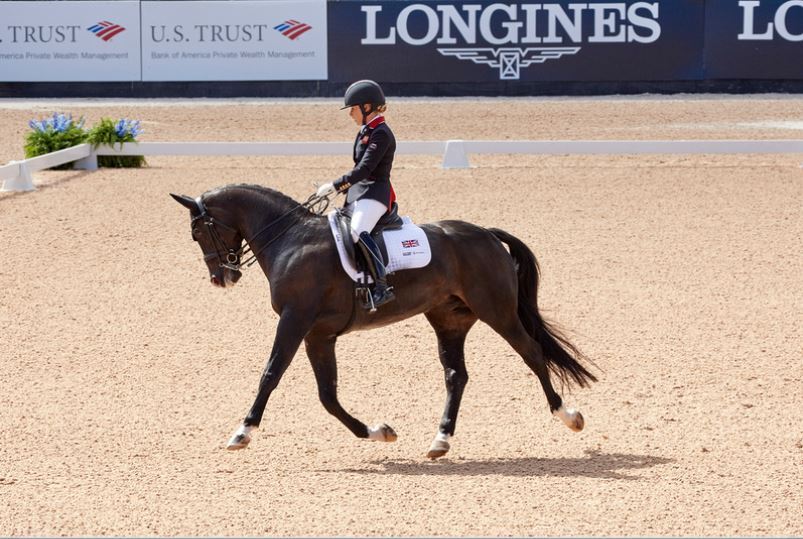 This year’s team includes three combinations who will be contesting their first senior championships, while Sophie Wells and C Fatal Attraction will be out to defend their Freestyle gold medal from the European Championships in 2017.

Sophie commented: “It’s a massive honour to be selected to represent Team GBR again with C Fatal Attraction, and I’m also really pleased to have my pupil, Georgia Wilson, on the squad with me. This is an exciting time for British Dressage ahead of the Paralympic Games in Tokyo next year, with such a broad range of talented horses and riders for the selectors to call upon.”

Sophie’s pupil, Georgia Wilson (Grade II) will be riding her own and Geoff and Julie Wilson’s Midnight. Georgia said: “I’m excited but nervous at the same time because this is my first major championships but I’m really looking forward to it.”

The other members of the squad include Mari Durward-Akhurst (Grade I) with Glesni Owen’s Sky O’Hara. Mari said: “I am really excited to be competing at my first Senior Championships. I have to thank my wonderful equine partner, Sky O’Hara, who continues to improve with age, and his owner, Glesni Owen, who has given me the opportunity to build such a special partnership with him.”

Completing the team is Nicky Greenhill (Grade IV) with her own and Gary Greenhill’s Betty Boo. Nicky commented: “I was obviously incredibly shocked to receive the news, but now feel very proud and honoured to be able to represent my country.”

Performance manager Georgina Sharples said: “Many congratulations to all the selected combinations, their owners and support teams. It is wonderful to see three first-time championship athletes included in this selection – they’ll have the chance to experience a championship environment as part of the build up to Tokyo 2020.

“Also representing Great Britain in her eleventh major championships, Paralympic, World and European multi-medallist Sophie Wells, will bring a wealth of experience as will a highly committed and knowledgeable support Team.”

Jason Brautigam, British Dressage chief executive, commented: “It’s fantastic to see three new names getting the call-up to the team this year, alongside the extensive Championship experience of Sophie Wells.

“With qualification for next year’s Paralympics already assured, it’s great to provide opportunities for new combinations to make their mark on the international stage. Competition for places has been fierce this year, with a number of riders in line for selection, which shows the fantastic depth we have in the programme just one year out from Tokyo. Congratulations to the chosen four and we look forward to cheering you on in Rotterdam.”

Don’t miss the latest issue of Your Horse Magazine, jam-packed with training and veterinary advice, horse-care tips and the latest equestrian products available on shop shelves, on sale now.