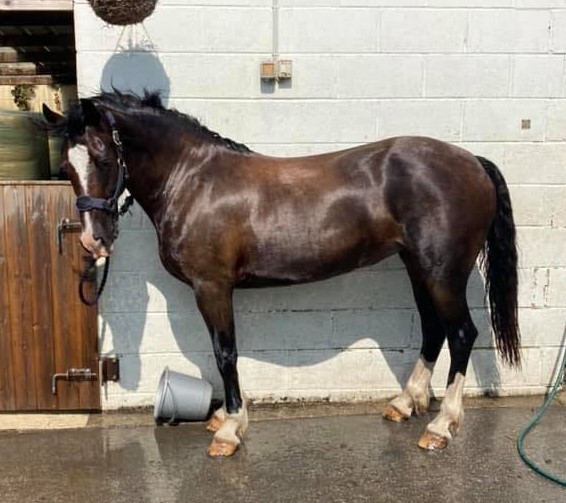 A rider has shared details of a terrifying chase and dog attack her 14-year-old mare endured.

“At first it seemed innocent enough but then the dog became between her legs and under her belly,” she told Your Horse.

“I jumped off to try to get hold of the dog, but it had no collar on, and Lulu just panicked as the dog was still round her legs.”

Lulu bolted through the car park of the house and onto a bridleway, with the dog in pursuit. Helen said Lulu passed a mobility scooter and several walkers on the busy track.

“How she didn’t hit anyone I don’t know,” said Helen. “Lulu went down some steep steps, over a stream and out other side and carried on for another mile.”

The mare then slowed down and was caught by a walker, but the dog, who she had lost in the chase, then caught up again.

“The lady was holding Lulu but the dog was swinging off her neck,” said Helen. “Lulu kicked it through post and rail fence, but it just came back. It was just like Lulu was prey.

“She broke free again and out of the park onto a busy road. Someone managed to cut off the dog with their car.

“I managed to catch Lulu and lead her back to the yard. The dog and its owner disappeared.”

“She was covered in sweat and blood and had a cut above nostril,” said Helen. “She wasn’t herself at all and is stood at the back of the stable when she is normally really nosy.”

Helen has owned Lulu for six years and her daughter used to event her.

The incident occurred mid-afternoon on 15 January. Anyone with information can contact West Yorkshire Police quoting reference 13220024662.