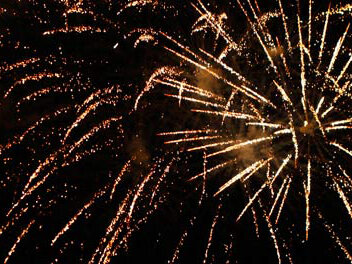 The RSPCA welcomes the Petitions Committee’s report released today (Tuesday 5 November) following its inquiry into the impact of fireworks on humans and animals.

The report concludes that the existing law is inadequate and recommends that local authorities should be empowered to limit the number of displays in their areas through a system of permits; it also recommends that the incoming Government reviews noise levels of fireworks and funds an awareness campaign about the responsible use of fireworks.

The RSPCA welcomes this report but believes it could go further. The charity would like to see the public sale and use of fireworks limited to being closer to four specific celebration and festival dates (5 November, 31 December, Chinese New Year and Diwali).

The charity also recommend noise restrictions on the maximum level of decibels fireworks available to the public can reach and that public fireworks displays should be licensed and advertised in advance.

Figures from the RSPCA show hundreds of calls from concerned animal lovers – about animals including alpacas and an African grey parrot as well as dogs and horses – are made about fireworks every year to the charity.

Since 2014 the charity has received 2,285 calls about fireworks, with 411 of these calls last year alone.

RSPCA government relations manager Claire McParland said: “We welcome the recommendations from the Petitions Committee which is demanding action against irresponsible fireworks use.

“We have long been campaigning for changes to the sale and use of fireworks and to raise awareness about the impact fireworks can have on animal welfare so we welcome this report which is calling for change.

“We would, however, like to see more regulation so that there is tighter restriction on the sale of fireworks to the public and on the use of fireworks, alongside a campaign that raises awareness of the impact of fireworks on all animals – pets, farm animals, horses and wildlife, and educates people about available treatment for fireworks phobia in some species.

“We see the impact of fireworks on animals every year and with more than 750,000 people signing petitions to restrict their use in recent years, we know there is strong public feeling surrounding the issue of fireworks.”

This means potentially thousands of animals’ lives are made a misery by fireworks every year. Of all people polled 76% agreed with the RSPCA’s policy that fireworks should be restricted to traditional dates and 85% said they thought public firework displays should be licensed and advertised before taking place.

Sadly it is not just cats and dogs and other household pets that are affected by fireworks. Horses and farm animals can easily be frightened by loud noises and sudden flashes of bright light, which can startle them and cause them to injure themselves on fencing, equipment or, in the case of stabled or housed animals, on fixtures and fittings within their enclosures.

Wildlife can also be burned after making their home in bonfires so people should always check the pile for animals before lighting them.

The RSPCA has stated it would encourage people to go to an advertised, organised firework event as pet owners are more likely to know these are happening so can prepare their animals ahead of the event and attending these organised events also reduces the overall number of fireworks that disturb animals.

If you want to have your own celebration

Don’t miss the latest issue of Your Horse Magazine, jam-packed with training and veterinary advice, horse-care tips and the latest equestrian products available on shop shelves, on sale now.