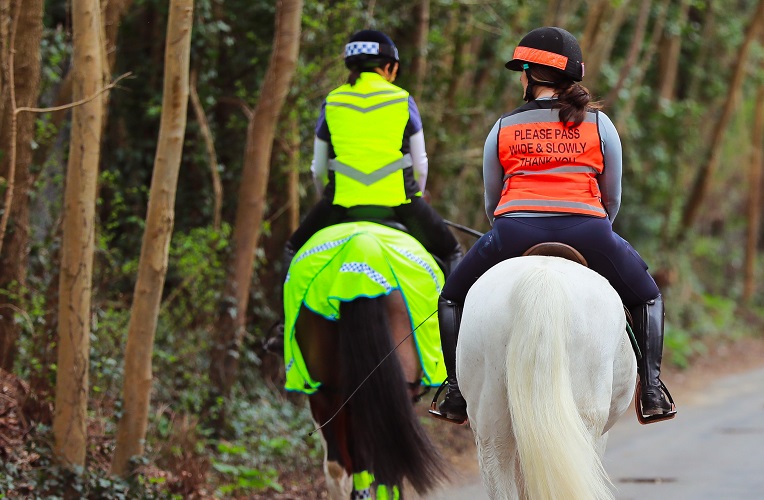 The British Horse Society (BHS) has released new statistics showing that four horses are killed or injured on UK roads every week.

There were 1,037 road incidents involving horses and vehicles reported to the BHS over the last year.

A total of 80 horses were killed, which is close to two horses each week. A further 136 were injured.

Tragically, one person lost their life in an incident while riding on the road, while a further 135 people were injured.

This is a 23% increase compared to the previous year, when 845 road incidents were reported.

Of the 1,037 incidents reported, 81% of them occurred due to vehicles passing too closely. Nearly half of reported incidents were due to road rage.

“Year on year we have witnessed an increase in the number of road incidents involving horses being reported to us,” said Alan Hiscock, director of safety at the BHS.

“With 81% of the incidents reported to us having occurred due to vehicles passing too close, it is evident that there is still a great need for better education on how to safely pass horses on the road.

“It is also deeply concerning that close to half of riders were subject to road rage. We all have a right to use the roads and no one should face abuse for exercising this right.”

The BHS collated the incident statistics ahead of Brake’s Road Safety Week, in order to understand the rate of incidents involving horses on UK roads. The charity is urging drivers to be careful when passing horses on the road and encouraging them to adhere to its Dead Slow campaign messages.

In a statement, the BHS said that with more cases of speeding drivers being recorded during lockdown — Met police issued 3,282 traffic offence reports to drivers speeding in April 2020 compared to 1,922 in April 2019 — educating drivers is more important than ever.

“With the clocks recently going back and the night’s drawing in, we are also asking riders to be extra cautious,” added Alan. “Letting someone know your route and wearing hi-visibility clothing can help to prevent tragedy.”

The BHS Dead Slow messages to drivers when passing horses are:

Riders are encouraged to report their road incidents at horse incidents.org.uk.