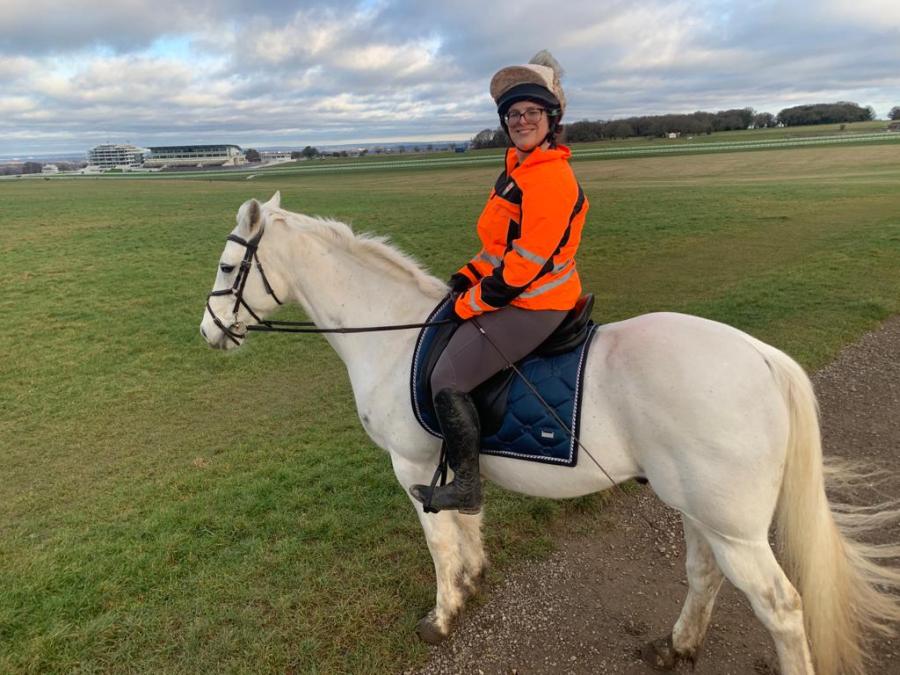 For the last few days, there has been a hint of something in the air; we’re still waking up to the occasional layer of frost on the ground, but we’re gradually getting an extra couple of minutes of daylight, and Owen has an extra spring in his step.

It’s finally starting to feel like the end of winter is in sight, and with it comes the promise of longer days and longer hacks.

I always hold off on goal setting over winter. Frankly, when it’s dark, wet and miserable, managing to ride at all feels like an achievement.

Despite going face-first into a ditch at my first and only hunter trial since having my little boy, and bursting into tears the last time I attempted to join a cross-country clinic, I’m rather optimistically hoping to make a return to eventing this summer.

However, in order for that to happen, a lot of fitness work needs to be done — admittedly, more for me than for Owen.

We’ve also re-discovered our dressage mojo. We’re lucky to have a whole host of visiting instructors who give clinics at our yard, and we’ve been having a few lessons with international dressage rider Daniel Timson.

He has transformed my riding, and we’re ready to step up to British Dressage Novice.  This has also had a really positive influence over our hacking. I’d definitely fallen into a bit of a rut, and was plodding round the same routes, not really asking anything of Owen.

Don’t get me wrong, I’m a huge fan of an aimless plod — but I also think that asking our horses to occasionally engage their brains and work correctly when we’re out hacking can only be a good thing.

Owen is 20, so in order to keep him happy and healthy for as long as possible, it’s really important to make sure we’re incorporating work on flexibility and suppleness, and to keep him moving forward and stepping through from behind.

Loosening up on Epsom Downs

As with most older horses, he can be quite stiff in his hocks, so it’s really important to encourage him to push forward. 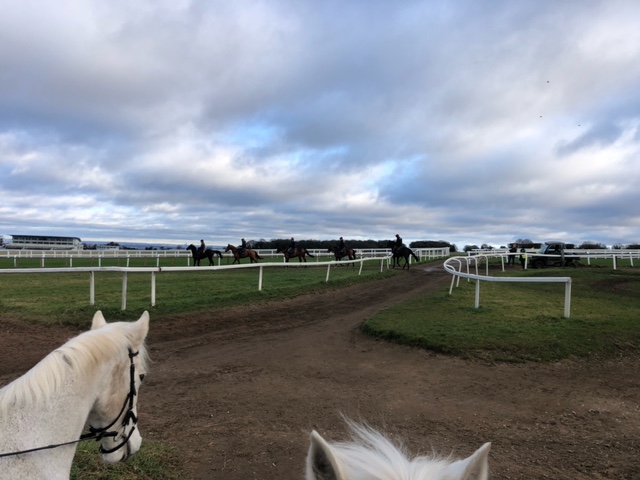 He also has a tendency to be quite hollow through the back, which ultimately risks weakening his back muscles and impacting his working life.

Hacking is perfect for this; he’s always keener to move forward out on the Downs than in the school, so it’s much easier to ask him to work into a contact, and we alternate flexing right and left to encourage him to bring his head down and work in an outline.

A nice wide track is also great to work on balance and flexibility by riding a series of shallow loops. I like to work on adjustability within trot and canter when I’m out hacking too.

Pushing on for a medium trot or canter, and then bringing them back again, ensures that your horse is listening to you, but it’s also excellent for both balance and fitness. For an older horse like Owen, asking him to really move forward also helps to loosen him up.

And, of course, interval training is excellent cardio. Now I just need to work as hard on my own fitness as I do on Owen’s!